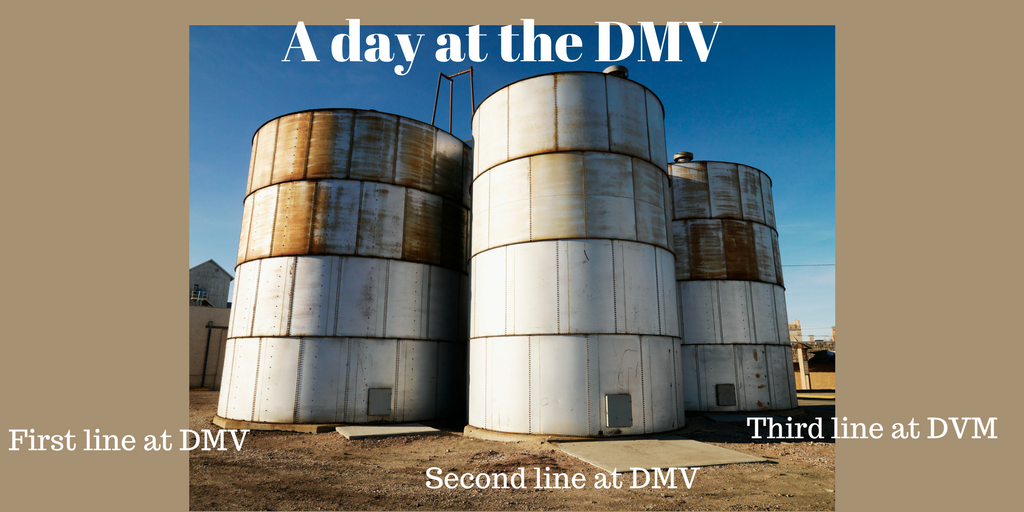 Nearly every organization today is built upon the foundation of the bureaucratic paradigm. Because it is so widespread, one of my experiences should remind you of your own encounters with it:

While living in Germany, I needed to get new license plates for our cars at the local bureau of motor vehicles. I arrived 10 minutes before the office opened at 9 a.m. and was the second person to be served at the window. The official handed me some forms to fill out. I had to get out of line to do this, wrote quickly, and was back in line before there were too many people ahead of me. Within a few minutes I was back at the window and handed over my forms. “That will be 50 Deutsche marks for each car,” the official said. I began to pull out my wallet when he said, “No, you don’t pay here. You must go to the next department around the corner.”

As I rounded the corner, I was astonished to see a long line of people in front of the second window. “Where did you all come from?” I asked. “We started yesterday,” said the woman in front of me. This was my first clue that things weren’t going to be as easy as I had imagined. After some 45 minutes I finally made it to the window, paid my fee, and held out my hand expectantly for my new plates. “You don’t get your plates here,” said the official after stamping my paperwork with the famous German seal of approval, “you get them at the next department.”

“Is that around the next corner?” I asked.

“No,” came the reply, “it’s across the street in the basement of the white building.”

Crossing the street, my eye was drawn to a very long line at the curb that eventually disappeared down the steps into the basement. This was my next hurdle! This line was incredibly slow. We inched forward  and by 11:25, I could see why the line’s progress had been so slow: one man was methodically setting out the metal numbers and letters and stamping out each individual license plate on the spot! As my turn came, the man informed me that he was going to lunch and would be back at 1:00. “But I’ve been at this all morning!” I pleaded with him. “What am I supposed to do while you go eat?” He shrugged his shoulders and left me to answer my own question. I didn’t dare leave and lose my hard-earned place in line, so I sat and waited while he ate.

Punctually at 1:00, he reopened the window and began to process my plates. In due time they were finished. Again I held out my hand to get my plates. “Not so fast,” said the man, “you must first give me your old plates.”

“But my old plates are on my cars,”  I said, remembering the family station wagon sitting in my garage 20 miles away.

“There are no exceptions. This way we ensure that no plates are used illegally,” said the man.

With a large knot now churning inside my stomach, I gave up my place in line and drove home to remove the old plates from the station wagon. Returning to the parking lot, I then removed the plates from my other car and returned—apprehensively—to the basement window line. It hadn’t shrunk much during my absence; I took my place at the rear. Another eternity passed before I was at the front again and handed in my old plates. Upon receiving the new ones, I thanked the man and began to depart.

“Wait a minute!” he said. “You must return to the other building and obtain the final stamp.”

Ironically, the final stop was at the same window where I had started in the morning. One final line to wade through, and at a few minutes past 4 p.m., I had my final stamp, my four new license plates, t and one lost day’s work to catch up on.

This is what happens when an inexperienced customer comes face to face with a bureaucratic system. You’ve probably had similar experiences in organizations of all sizes and circumstances. The universality of these dynamics illustrates the power of a paradigm. Whether we are in Germany or Hong Kong, whether it’s a government or private agency, whether it is a service or product enterprise, most organizations we encounter today are rooted in this bureaucratic paradigm.

Just exactly what is the bureaucratic paradigm? It’s the assumption that an organization is like a machine; a collection of parts driven by a single control mechanism. Flowing from this paradigm are six basic rules:

1. Task Specialization—“job fragmentation”…. tasks are specialized and reduced to the smallest possible work cycle. In the license plate example, remember that each task in the process was separated organizationally and physically from all others.

2. Performance Standardization—“find the one best way”…..work is specified to be performed the same way every time. The technical monument to this thinking is the assembly line. But even administrative processes can be organized like an assembly line. The German license bureau procedures, characterized by forms, rubber stamps, and metal plates, were always followed. Everything was done as prescribed—without exception.

3. Central Decision Making—“unity of command…” decision making is exclusive to those in authority. Without the license bureau official’s final stamp of approval, the entire process was invalid.

4. Uniform policies—“that’s what the book says”…. all parts of the system are treated alike. Like a well-oiled machine, the license plate process handled everything according to policy, but made no provision for specific customer or employee needs.

5. No duplication of functions—“that’s not my job!”….tasks are handled exclusively by those assigned. The license bureau organization made it impossible for anyone to help outside their assigned area. Thus, when one specialist went to lunch, the entire process came to a halt.

6. Reward physical activity—“the hired hand”….a person is paid for physical labor and skills. There was no incentive for anyone in the license plate process to do anything other than their assigned task. Innovation, customer service, and process improvements were non-issues.

How have these six rules affected our society? Without question they have outperformed the agrarian society from whence they sprang. They have enabled us to mass-produce goods, thereby contributing to a higher standard of living for everyone. They do delineate job responsibilities across departments and up and down the hierarchy, and they drive out ambiguity.

But the rapidly changing needs of customers, suppliers, and associates have made bureaucracy an out-of-balance model for the Global Age. The very root of bureaucracy’s problems lies in the paradigm itself: an organization is like a machine. People are not machines! In ages past they complied with the new work rules. But individuals today are resisting them more and more, and they are failing to meet the global market needs as well as they met the industrial market’s needs.

Most people have a love-hate relationship with bureaucracies. They may love bureaucracy’s order, sense of control, and efficiency when they work inside one, yet they hate dealing with a bureaucracy when they are its customer. Once tasks are specialized, standardized, and isolated, decisions are made in advance (as policies) or only by hierarchy, then all the hired hand has to do (or can do) is follow along.

Here are two more examples of bureaucracy in action:

Such episodes should make every one of us stop and think. What are people focusing on as they work this way?

And these cultures, as seen by the fly on the wall, include such things as:

How might you go about uprooting the negative aspects of bureaucracy in your own organization? The bureaucratic paradigm’s roots are so deeply entrenched that freeing ourselves from them is what makes designing more complicated than diagnosing. What driving forces would be strong enough to keep order and efficiency while becoming more innovative and focused on everyone’s moments of truth? We need to balance the structure and predictability of the bureaucratic paradigm with the flexibility and adaptability of natural laws.