The Problem Wolves That Change Rivers 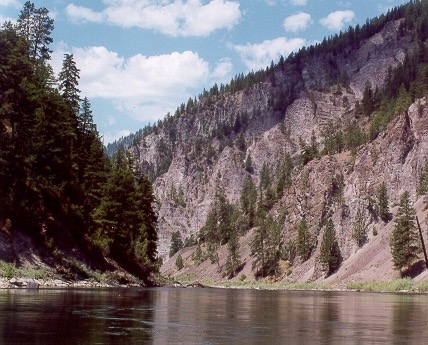 The boss called me in and said, “This is the problem – and this is how it needs to be fixed.  Now fix it.”  The boss is a smart guy and has been here much longer than I have.  He also makes a lot more money than I do.  He is the boss and I need to do what he wants.  And so another problem is fixed.  Or is it?  How many times have bosses called in someone and stated both the problem and the solution?  One might as well ask how many grains of sand there are on the beach.

The big question is, how often is the real problem solved, or does the obvious quick fix just lead to more complications down the road?

I recently found a wonderful example of solving the problem with the most obvious solution without understanding the system.

In the late 1800’s America was expanding and the population was moving West for bigger and better opportunities.  The vast amount of land was settled by cattlemen, sheep ranchers, and farmers.  They moved the native wildlife (like the buffalo) off the grazing land and replaced them with what was needed to make a living.  The buffalo were killed and the elk and deer moved themselves to the less populated mountain areas.  This left the wolves with little to eat except the new arrivals – the sheep and cattle.   Starting around the 1870’s the farmers and ranchers started killing the wolves and by 1926 most of the wolves in the United States were gone.

The problem was obvious: wolves were killing sheep and cattle.

The quick fix, easy and obvious solution was:  exterminate all wolves.

Here is a look at what happened to Yellowstone National Park as a result of this one quick fix:

In the 1960’s systems thinking, organization behavior, and the scattered elements of High Performance were being used in many diverse areas.  The National Parks were also involved in systems thinking in the form of ecosystems.  With the passage of the Endangered Species Act in 1973 a plan was slowly established to reintroduce the grey wolf back into Yellowstone Park.

The Park officials began problem solving the entire system and the grey wolf, once again became a part of Yellowstone Park in 1995.  Twenty years late this solution has also had a significant effect on the rivers and creeks of the park.  Here is how:

This is an example of what happened in nature.  But the same thing occurs every day in businesses.  How many can recall when management decided to decentralize everything so decisions could be made closer to the source.  A good idea, but not everything should be decentralized (i.e., Human Resources).  Or, it may be decided to outsource HR functions.  With HR far removed from those it must service, lack of communication and time delays frequently become the norm.  Then someone’s wife waits four long painful months to have a surgery OK’d and prioritized, and another person delays retirement because no one can tell him what his specific retirement package is.

What about the new IT or accounting system that is supposed to make it much easier for everyone to do their work and increase profits by double digits?  The only problem is that the IT system does not adequately interface with the computers in your department, is not intuitive to learn and is much more time consuming and complicated to deal with.  The accounting system is causing all kinds of headaches and required much more detail, time, and effort.  Everyone hates working with it and avoids contact with the new system making reporting on time almost impossible.  But how are the planners and implementers supposed to know their great solutions will cause these problems.   One senior VP was telling me all of the needed changes that were taking place then said, “We are just dealing with each problem as it arises.”  How much money and time and frustration is it costing this company to fight such fires?

Yes! There are methodologies and principles that look at the organization as a whole system and find the spots to watch for.  There is research available to understand what makes an organization live and survive and how your decisions will affect each part of the organization.  The pattern of thinking and asking the right questions can reverse the bad effects of yesterday’s decisions.  We do not need to be complacent and expect problems because we are implementing some needed change.

For more information you may want to look at these resources:

What Makes a High Performing Organization by Dr Andre deWaal

The Survival Code  by David Hanna