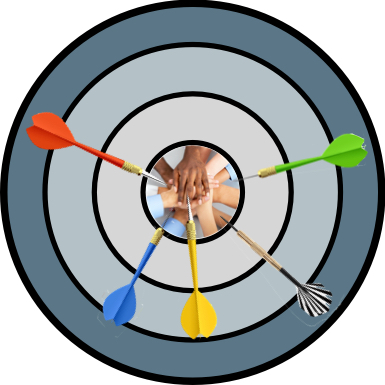 “There is nothing more difficult to take in hand, more perilous to conduct, or more uncertain in its success, than to take the lead in the introduction of a new order of things, because the innovator has for enemies all those who have done well under the old conditions, and lukewarm defenders in those who may do well under the new.”      – Niccolo Machiavelli

Machiavelli’s warning to would-be innovators is just as true today as it was when he expressed it in the 15th century. Introducing a new order of things (e.g., a High Performance Organization) is not for the faint hearted. This article is a departure from the many “how to” pieces you may come across in your research on HPOs. I have seen the five actions described here repeated far too many times for the serious innovator to ignore. Consider this the flip side of “how to;” it is “how not to” and therein you may find some hints for what to do for high performance.

1- Ignore leadership and the present culture.

Changing an organization’s culture is different in kind from changing out a piece of machinery. Replace a machine part and the production process resumes. Change cultural patterns without having the clear understanding and strong support from key managers and thought leaders and you may find them overwhelmed by “culture shock.” Individuals in culture shock frequently interpret the “differences” of the new order as “reckless” or as “a step backward.”

A well-known global pharmaceutical company was attempting to reorganize its manufacturing process. The manufacturing senior leadership invited participation from all functions involved in the entire product delivery process – from ideation to the delivery of the new medicine to patients. The large design team, after a week of careful analysis of the present delivery process and innovative thinking to eliminate delays and redundancies, proposed a new process that would shrink the cycle time from 10 years to three years. The new process was rejected out of hand by the CEO (who had not been involved at all in the process) as impossible and too risky. The product delivery process in the pharmaceutical industry today still averages about 10 years.

2- Call the innovative change “an experiment.”

Some change agents try to ease the new model into the larger system by calling it an experiment. “You can do anything in this company if you call it an experiment,” one manager explained to me. The only problem is, without clear commitment at the top, enemies of change love experiments! They know if an experiment fails, things will revert to the present state. Those enemies will do everything in their power to make sure your experiment fails.

One manufacturing plant was feeling pressure to join the latest corporate craze by eliminating team managers and empowering team members to assume daily leadership responsibilities. The plant manager was not sure this would work, but he hesitantly gave his approval to start with an experiment in one department. Team managers throughout the plant were quietly skeptical of the new experiment as they felt their job security was being threatened. Other functions resented having to train and coach team members in their new responsibilities. Some team members themselves felt threatened by the heavier responsibilities placed on their shoulders and were not engaged in the change process. After several months, the “experiment” was terminated.

3- Elevate yourself and thumb your nose at the rest of the organization.

An innovative culture can become very cohesive and proud of the breakthrough successes it is pioneering. Such team spirit and commitment are great, but not if they lead to criticizing or looking down on those outside the innovative cell.

A successful company, in the early days of the personal computer transformation, planned to start up a new plant, “Marpo,” to increase production for its booming business. Marpo’s leaders had carefully studied innovative organizational features of other plants in different industries. Marpo leaders created an organizational schematic for what they hoped would be a high performer. They succeeded. Almost from day one, Marpo outperformed its peers in every results area. But with this success, Marpo employees also made comments to their peers such as:

After a few years, the parent company saw its market share shrink and it needed to close one of its plants. Guess which plant company leaders and union leaders agreed to shut down? That’s right – Marpo – the best performing, but most obnoxious entity in the system.

Marpo is not isolated example. Some of the most productive and creative organizational units have been shut down by those in power who have been offended by the innovative “snobs.”

4- Implement the changes very fast – with little more than motivational rhetoric to support them.

Those attempting to introduce a new order of things need plenty of zeal and enthusiasm to overcome obstacles and to inspire others to join them in the innovative cause. However, zealously introducing a new organizational concept without shaping clear principles, or required capabilities, or aligned systems is akin to entering a marathon race without doing any physical conditioning.

A European company was struggling to carve out an acceptable profit margin in a time of an inflationary spiral. The executives wanted to organize multifunctional business teams to accelerate profitability across Europe. Teams were announced for every major business. The first few business team meetings drew an average of 50 participants to each one! Why so many? No one was quite sure what these teams were supposed to do, but they certainly didn’t want some “committee” dictating initiatives that would affect their country’s business. So, each country general manager came to the meeting along with their key functional leaders to protect their interests. In these early meetings, many points were raised and discussed. Meeting notes were distributed after everyone had returned home. But no actions came out of the meetings.

5- Focus on tools and techniques rather than principles.

“You can solve any mechanical problem if you have the right tool. Techniques and policies are proven ways to solve problems.” Both of these statements are true for mechanical systems. However, these words can pose some serious blind spots when it comes to changing an organizational culture. A culture can respond in a thousand different ways to a specific tool or technique. Witness the diverse results in the world that have been produced by the use of Total Quality tools or today’s Lean tools. The wide variation of the degree of success has less to do with the tools themselves and more with the failure to accurately gauge the fit of the tool or technique with the organizational culture they seek to improve. Organizational innovators often fall into the trap of trying to “fit a square peg into a round hole.” Here are two examples:

A large utility corporation sought to increase its share price in a very competitive market. The leaders felt that downsizing was the quickest and most logical way to improve profitability and drive up their share price. Many positions were cut, staffing levels were reduced, and departments were merged. But profitability did not improve. Dazed, confused, and fearful of all the changes that had been thrust upon them, employees didn’t think about anything else other than avoiding mistakes. Bureaucratic practices remained unchanged. Responses to opportunities and challenges lagged too slowly. The share price didn’t budge.

A reputable consumer products company injected Lean tools into many of its business processes. There was virtually no attention paid to Lean principles or a supportive leadership philosophy. While many others have applied Lean and found great success from doing so, this company dropped Lean after many complaints.  Managers will tell you today, “There is no chance we will ever try that again.”

The alignment of committed principles and practical tools for high performance can help innovators steer a corporate culture through the changing market and organizational dynamics. If the tools are not solving problems like they used to, the innovator can invent an alternate path consistent with strategic principles. Without referent principles, leaders usually rely on emotions and fiats to force compliance with the tools.

Hopefully, you will be able to avoid these mistakes and remember that organizational cultures are not machines. People will adapt to changes if they understand the need for change, if they share your vision for future success, and if some practical steps are defined to take them from today’s situation to the bright future. Absent these ingredients, people will resist change and protect, as Machiavelli described, “the old conditions.”